Famous Chairs in Film and Television.

What are the most iconic chairs in Television and Film? They are seats of power, they are battled over, fought over and used to make amazing entrances. Here are a few examples where the chair has been the co-star and even the source of all the trouble! 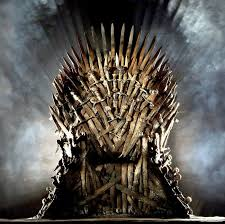