Ireland’s first mobile call was not that interesting

The first ever mobile phone call was made on a New York high street in 1973.  It was made from the head of AT&T’s research and development head to his counterpart in arch rival Motorola. It can’t have been an easy conversation for the head of Motorola to hear. Twelve years later and the first call in Ireland was made in 1985. It wasn’t really on a par with the first one but it was still intriguing. 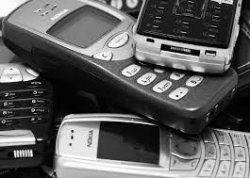 It was made, aptly, by the Head of Communications in the Irish Government to a senior member of RTE the nation’s main terrestrial television station (back then, as with England, there wasn’t a lot of choice).

What exciting things did they discuss? What did they decide to use this incredible cutting edge technology for?

Quite simply they had a nice little chat about themselves. The Minister said hello and the RTE member said hello back. So far so normal. Then the conversations turned to mens fashions, not the business of the day or the events that were shaping this great country. The RTE man had just been voted a leading Irish fashion Icon and the minister wanted tips.

If you wanted one it’s not like you could pop along to a Vodafone Carrick-on-Shannon shop like the ones that you can reach through  King communications. Even if you did buy one, unless you lived in Dublin the thing was next to useless. Also they would set you back £1400 pounds. It didn’t even have the game snake on it.