What was there before Occupational Health and what next? 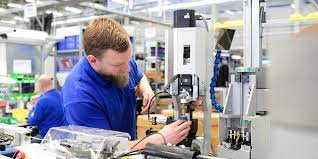 The simple answer to that was there wasn’t any. It is only in the modern era of our economy and industry (from the 1950’s onwards) that we have begun to think that maybe we need some protection in our workplaces. Prior to the 1950’s most companies could follow voluntary rules but not anything that was strictly pursued in law. Even if this was the case the average worker did not have the financial means to pursue a case. This is where the Unions were useful as the combined weight of the workers could make changes, despite being in the teeth of strong resistance from the business community and the government refusing to change the law. It is merely a statement of fact to say that these were uniformly Tory Governments.

With the creation of the wealthfare state and the desire to create a much better working world for soldiers, and their dependents, returning from the Second world war the creation by the incoming Labour party of the 1940’s set about creating a strong basis for employment law. This was further added to, not always willingly by our membership of the EU. Our employment law and occupational health is now open to change and debate and this has been made even more complicated by the ongoing COVID 19 crisis.