Five things you shouldn’t miss when visiting the Aran Islands 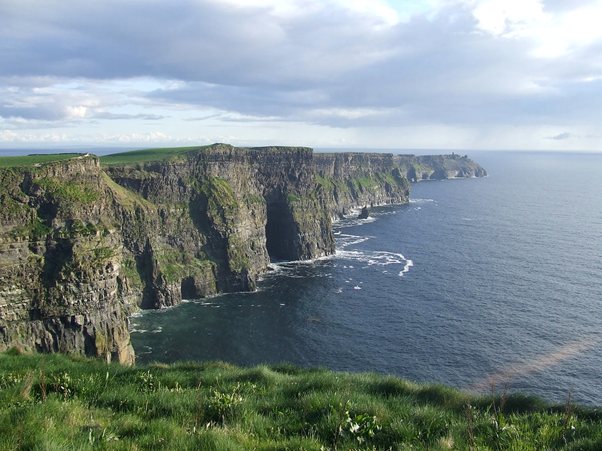 Ireland is a place of natural beauty renowneded for its intriguing history and unique folklore, and the unspoilt hidden gems of the Aran Islands shouldn’t be overlooked. Sitting nestled in the mouth of western Ireland’s Galway Bay, these three isles are steeped in history and provide plenty to see and do. Here are just five things you shouldn’t miss if you’re paying these idyllic isles a visit. 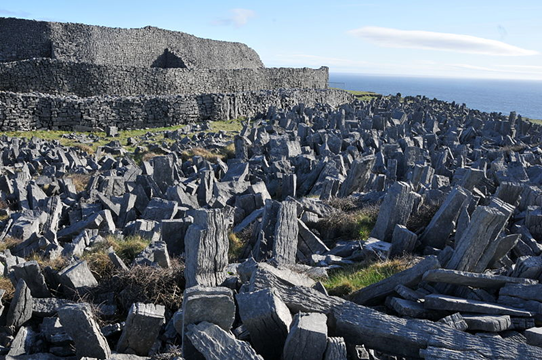 The Dún Aonghasa is a Bronze Age hill fort structure and World Heritage Site to the south of nis Mór, spanning 14 acres and sittingatop a 100-foot cliff. It’s purported as one of the oldest Irish human dwellings as it likely dates back to before 1,500 BC. Guided tours are available for a small fee, with profits going to the maintenance and research around the site.

Found on Inis Mór island is Poll na bPeist, also referred to as ‘the wormhole’ or the Serpent’s Lair’, a rectangular plunge pool that’s a 15 minute walk from Dún Aonghasa. It’s one of the Island’s most stunning natural geographic structures and it famously featured in the Red Bull Cliff Diving Series.

Listen to the Gaeilge

It’s not all about what you can see but also what you can hear and experience. There’s a higher population of fluent Gaeilge speakers in the Aran Islands than any other part of Ireland, though most will also speak English with ease. The Irish language is a beautiful language to behold, to get your tongue around a few useful phrases before you set off for the isles.

Steeped in tradition and history are Aran sweaters, originally worn by the farmers and fishermen on the Islands to keep them warm, passed down over generations and with specific, meaningful patterns. This practical cable-knit attire has found worldwide fans, with the jumpers providing warmth and a casual but fashionable appeal. They can be bought online with Aran sweaters from Shamrock Gift, but no trip to the Aran Islands would be complete without a sweater in your suitcase for the journey home.

The Cetorhinus Maximus, commonly known as the basking shark, is the second largest shark after the mighty whale shark. These open-mouthed fish feed only on zooplankton, so despite their fierce looks and huge body mass, they pose no threat to humans.