Going into battle in our suits 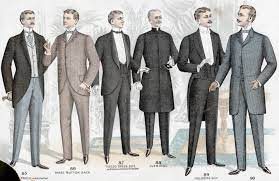 Men’s fashion is now a very fluctuating thing. Whilst there are still the staples of the suit, tie and the t-shirt and jeans there is an increasing move to make Men’s fashion more female. There is even talk of dresses and skirts being used. The kilt is one example of a male skirt but the tartan it comes from was more of an all in one affair rather than the dress kilts that began to emerge in the eighteenth century. 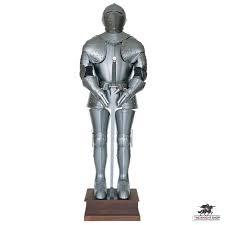 The suit remains the standard form of formal and smart wear for men and this is unlikely to change anytime soon. Where does the suit come from? It is safe to say that some two hundred years ago the rural farmer, who was in the majority when it came to employment, had no need for one and the smock was more the norm. A simple woolen shirt and trousers or trews would be worn and most of this was hand made. As fabrics and cotton became less expensive the general male populus were able to get a suit and keep it for special occasions and “Sunday best”. 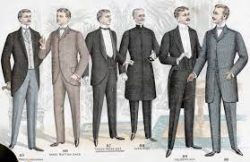 The style of the suit itself is a practical arrangement first and foremost. It is thought to have gotten its inspiration from the suit of armour that knights wore when going into battle. The suit works on panels of material much like the plate mail armor was attached with sleeves and breastplates. It also allowed for a great freedom of movement. Take a look at Farah Menswear, a great example of this, at Louis Boyd.