An introduction to the cable knit sweater 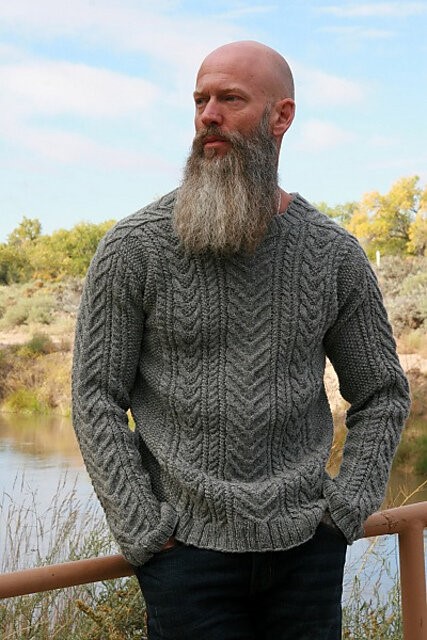 We can trace the craft of knitting back to the Ancient Egyptians, but the iconic cable knit sweater is just over 100 years old and was first produced on the Aran Islands off the west coast of Ireland. They arose as a consequence of a government initiative to reduce the poverty of isolated communities, to which end the islanders were encouraged to knit clothing that could be exported and sold. Thus, the world discovered the cable knit sweater. 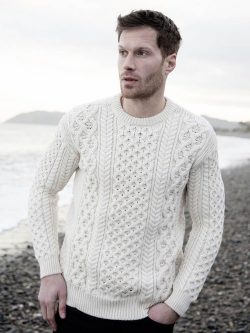 The Aran sweater was rooted in the same basic design as other fishermen’s “jerseys” like those from the Channel Islands but Aran islanders used untreated wool and chose not to colour their yarn, allowing the natural lanolin to waterproof them. As well as providing decoration, the cable design also made them thicker and warmer. 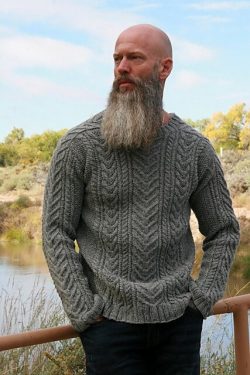 The sweaters sold well in Dublin and as a result of a 1930s campaign by Art Needlework Industries of Oxford they became known around the world. When a pattern for an Aran sweater appeared in Vogue Knitting in 1956 they took the United States by storm. Soon, celebrities like Elvis Presley, John F. Kennedy and actor Steve McQueen were photographed wearing them.

Many famous design houses now offer cable knit sweaters, for example the mens Ralph Lauren knitwear range has lots of great examples. You can find more sweater designs by Ralph Lauren and other great brands on websites such as EJ Menswear.

The cable stitch is the most frequently seen stitch in an Aran sweater but it can come in several different styles. It is said to represent the fisherman’s ropes and leans upon a number of knitting techniques. First, the wale stitch is a run of stitches, suspended together. The cable knit is then created by crossing a number of wales over one another. At this point the cables can be used to make other patterns, such as the diamond shapes and trellises often seen on these sweaters.

As one might expect, cable knit sweaters from the Emerald Isle come with lots of Irish myths attached. These include family knits, similar to the Scottish clan symbols expressed in tweed. One story claims that the different designs were for identifying fishermen’s bodies if they drowned at sea. The story has been debunked but hand knitters are often identifiable from their unique handiwork.